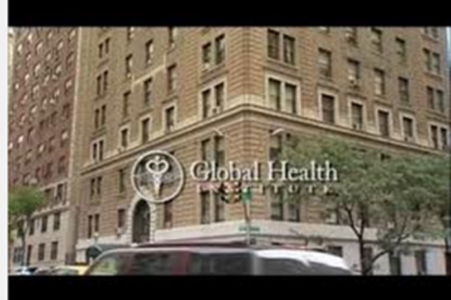 1.Mission.  From 2003-2013, the stated mission of the Institute was to   “to educate health professionals, students and the media community on the discoveries, cutting edge therapies, and emerging knowledge that is shaping the integration of healthcare.”

The Global Health Institute furthered its
mission through its three stated initiatives :

a. Education:  Disseminating knowledge of emerging
discoveries that provide the fabric from which the new integrative medical
paradigm is being woven.

b. Research: Though conducting pioneering studies
under the leadership of senior research scientists from leading medical schools
and institutions the institute furthered its research by exploring the efficacy
of various complementary and alternative modalities to improve health and
wellness. Research outcomes of the institute’s research were presented at
academic institutions, cited in professional journals and published in non
fiction literary books by major publishing houses, and featured in several
short films . The landmark studies conducted at the institute, while not
conclusive, generated evidence  that warrant further scientific
investigation.

c. Archive:   During the years of the Institute’s operation,
the  archival  team made up of medical cinematographers,
research assistants , writers and volunteers collected and archived
a substantial  collection of  video interviews , images, xrays ,
mri’s, study-findings  and original scholarly articles and made these
resources freely available to the public. The Institute maintained its archive
for use as a learning aid for physicians , scientists , students and the
media community to access this new information that is shaping  and
helping to advance the emerging integrative medical paradigm.
_____________________________________________________________________

3.        Presentations sponsored by the Institute

Institute for the Development of Education, Arts and Leisure: "Spiritual Practices for Health and Wellbeing."
British Columbia, Canada.

The Hale Clinic Presentation:  "The Efficacy of Consciousness Based Modalities in Clinical Practice." London, UK.

The Center for Psychology and Social Change: “The Potentiality of Consciousness as an Agent of Change.”  Cambridge, MA.

“Pioneers in Consciousness Based Healthcare”

“What’s missing from Western Medicine: The Power of the Mind” by Patricia Muehsam, M.D.

“Healers, Intentionality, and the Mind-Matter interface: A Proposal for Basic Science Investigations” by Patricia Muehsam, M.D.

As a researcher at the institute Farrell served as  Director of Consciousness Studies at the Institute. For his research he was endowed with the Ambassador’s Chair in Consciousness studies in 2008. Farrell, served  Chairman of the Board of Trustees from 2006-2008. Farrell served as executive director from 2004 – 2008.  In 2008 Farrell stepped down from his administrative positions as Chairman of the Board of Trustees, and as Executive Director to focus on his research and publish his work.  Farrell is currently serves as the Director of Research in Spiritually-based interventions in clinical care at the Institute for Spirituality and Healthcare in Princeton, New Jersey.  He is the author of the non-fiction best-seller Manifesting Michelangelo (Simon & Schuster, 2011).

Dr. Gordon was a contributing expert featured in the Institute’s media productions.  Dr. Gordon served as a contributing writer of the Institute’s Educational Project on Mind-body Medicine as a member of the Medical Advisory Board. He was the 2008 recipient of the CIIMA (Courage in Integrative Medicine Award) in recognition for his work in advancing the integration of healthcare. Dr. Gordon served as first chair of the White House commission on Complementary and Alternative Medicine. He is a professor of Psychiatry and a best-selling author.  He iscurrently the Director of the Center for Mind-Body Medicine in Washington
D.C.  He is the author of “Unstuck” (Penguin Press, 2008)

Dr. Horowitz served as an Advisory board member of the Institute, and the Chairman of the Medical Advisory Board. Dr Horowitz  is an internationally-recognized physician at Lenox Hill Hospital, and holds board certifications in both Pulmonary and Internal medicine.

Dr Mack, the esteemed Harvard Professor of Psychiatry and Pulitzer Prize winning author, was a key figure in conceiving the original
charter and mission of the organization. He founded the department of
psychiatry of the Cambridge Hospital, the teaching hospital of Harvard Medical School He served as the Institute’s first Chair of the Medical Advisory Board from 2003-2004, and was senior medical adviser on the Landmark Outcome Study: “Exploring the efficacy of Consciousness-Based Healthcare…” (   )

Dr Muehsam served as the Project Director of “Basic Science Research Project” at the Institute, and was a member of the advisory board (2004-2013).  Dr. Muehsam is a recognized leader in the field of integrative medicine, she served on the American Medical Association’s curriculum development committee. She is currently the director of Transformational
Medicine.

Dr. Rubik  served as  a member of the advisory board for ten years and as an expert consultant Dr. Rubik was featured in the institute’s media productions. She is currently a Professor at Energy Medicine University and is founder of the Institute for Frontier Sciences.

Dr. Schlitz is an internationally-recognized pioneer and author in the field of Consciousness. She served as an Advisory Board Member of the Institute from 2007-2009. She is currently President Emeritus and Senior Fellow at the Institute for Noetic Sciences.

Dr. Stewart served as Project Director of “Asian Influences in Western Healthcare.”  Dr. Stewart is founder and Director of the Healing Tao Institute. Dr. Stewart has a Doctorate in Oriental Medicine.

Dr. Scherwitz served as an expert consultant to the Institute from 2006 to 2009 and Senior Research Scientist on the Institute’s study “ A Retrospective study of the efficacy of Consciousness-based Healthcare.” He wrote the original abstract for which much of the future study at the Institute was founded upon: “The Efficacy of Immediate Intentional Healing on Scoliosis and Rhinoplasty.”  Dr. Scherwitz is a renowned expert in the field of integrative medicine. Dr. Scherwitz and his colleague Dean Ornish, MD published the landmark study in the New England Journal of Medicine article “Can lifestyle changes reverse coronary heart disease?”

Mr. Wishengrad has worked for many years with renowned physician and media personality “Dr. Oz.” He was awarded HDfest’s “deffie” – best cinematography for a HD short, and received an Emmy nomination for

Discovery Channel’s “Trauma Life in the ER” – documenting helicopter rescues and the tension of the Emergency Room.“The Healing World” is a documentary currently in production that exemplifies Mr. Wishengrad’s mission, and draws on a growing body of archival footage. A mainstay of Wishengrad’s work has been the production of fund-raising and training films over the past 13 years for New York Presbyterian Hospital.

History and Implications of the Global Health Institute (2003-2013)

The Global Health Institute’s mission was to educate health professionals,
students, and the media community on the discoveries, cutting-edge
technologies, and emerging knowledge that is shaping the integration of healthcare.  For a decade the Global Health Institute (G.H.I.) operated offices in New York City; first at the Bristol Medical Building and maintained its flagship office at 903 Park Avenue.

From 2004-2010, G.H.I. operated as a not-for-profit organization serving the public through the following initiatives: Research, Educational Videos, Original Articles, Free Lectures,  and a free website. Through collaborative efforts with physicians, researchers, healthcare professionals and other non-profit organizations, the Global Health Institute flourished from its inception in 2003 until 2013, at which time it was dissolved by the remaining Trustees. The Institute successfully completed its landmark research under the clinical supervision of some of the leading clinical researchers, scientists, and physicians in the emerging field of integrative healthcare. The evidence generated from the Institute’s Outcome Studies, Industrial Educational Films, Free Public Lectures, and published articles served to fulfill its mission to educate the public, healthcare professionals, and the media  on the emerging integrative healthcare paradigm.